Archetypes in life science marketing: pay attention to the dark side

HomeBlogMarketingArchetypes in life science marketing: pay attention to the dark side 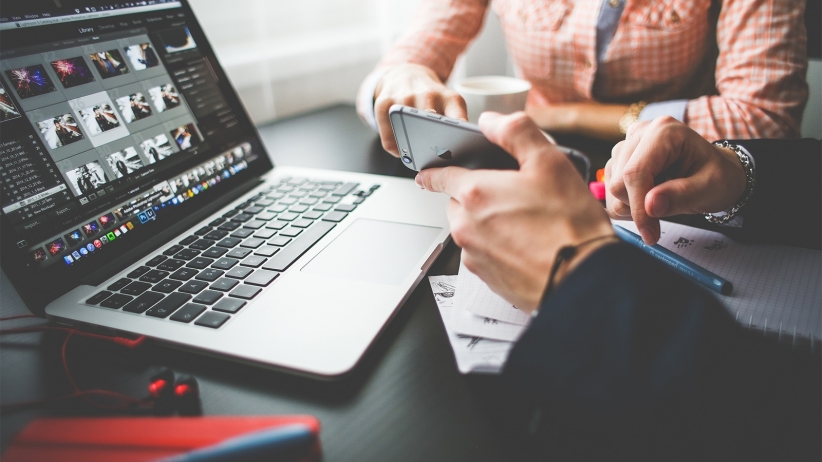 Archetypes in life science marketing: pay attention to the dark side

Let’s explore the dark side of archetypes a bit and look at how we can use our awareness of an archetype’s “shadow” to help us stay out of trouble. We’ll begin by looking at two consumer brands not in the life sciences, but with clear archetypes: Volkswagen, the Child, and Dyson, the (idealistic) Innovator.

As we’ve explained in other posts and whitepapers about archetypes in life science marketing, a company’s archetype is private information —it’s not something you broadcast publicly. A well-chosen archetype forms the foundation of the tone and personality of a company’s visual brand and story, with the ultimate goal of creating an image in the minds of the audience.

If you google VW’s archetype, you’ll find some varying opinions — among them, the Innocent, the Idealist, the Jester. However, I agree with the authors of Archetypes in Branding — VW is the Child (which has aspects of innocence, idealism and joking around). Going all the way back to the 60s, there are many examples in VW’s advertising of it’s playful child starting with “Think Small.”

Copy from the iconic 1959 ad explains “our size has something to do with our amazing creative abilities” — creativity being one of the characteristics of the Child. A more recent example, the Darth Vader spot run during the 2012 Superbowl, so beautifully displays playfulness — another characteristic of the Child.

In the ad, a pint-sized Darth Vader runs around using “the force” on household objects. When Kid Vader tries the force on the Volkswagen in the driveway, Dad joins in the play and, unbeknownst to Kid Vader, starts the car with the remote-start feature on his key fob. The spot ends with Kid Vader experiencing wonder at his amazing car-starting powers, and we experience the wonder of childhood — wonder being another characteristic of the Child.

Consistently, over decades, VW built a playful, creative brand through not only their marketing, but also their products — and they did it so effectively that it permeates the culture (quick, what vehicle would a hippie drive?)

All archetypes have a shadow — Carl Jung defines the shadow as the unrecognized dark side of the personality, roughly equivalent to the whole of the Freudian “unconscious.” It can also be thought of as a yin and yang kind of relationship. Though not necessarily negative, when working with archetypes in life science marketing, you should understand the shadow of your chosen archetype and realize that challenges may arise around this “darker side.”

Staying with our VW example, the shadow of The Child is “the inability to grow up and accept responsibility; difficulty being reliable, grounded or dependable; tendency to be highly mutable and vulnerable to influence” (Archetypes in Branding, Hartwell and Chen). How much could an awareness of this shadow have helped when the decision was made, secretly, to write software that circumvents government required emissions testing? It really was a creative and clever idea, much like a group of smart children might undertake, “hey, what if we play a trick on the emissions testers?” It’s an inherent part of play and creativity to engage in what if games, but the shadow — “inability to grow up and accept responsibility” — clearly took over when the “what-if” became reality. Now, VW is facing losses in the billions, with a real threat to the viability of the company’s prospects long-term. Its brand reputation is in tatters.

Paying attention to the shadow up front could have made a big difference. With proper training and attention, perhaps engineers might have said, “hey, this is going a little too far. Creative idea, but let’s play to another strength of our temperament — innocence and idealism. We could do this, but let’s be responsible and choose not to.”

Let’s look at another current example: Dyson. Who knew you could make a vacuum sexy? From the start, Dyson has been the Innovator, and an idealistic innovator, at that. Smart, full of ideas, inspiring, curious and responsible (that’s part of the Idealist), Dyson follows the path of the Innovator — how can we do this better? — in all of their endeavors. They’re constantly asking questions: Why should we accept mediocre performance? Do we have to do things the way they’ve always been done — always taking risks and asking “Why Not?”

Dyson’s success has come from challenging conventional wisdom by using creativity, science and testing, and most importantly, design to create unique, new solutions. Through their truly differentiated design in addition to innovation, Dyson, much like Apple, has created lust-worthy products.

So, when James Dyson decided to take on the simple problem of hand-drying, his Airblade seemed like a truly ground-breaking solution. From the television ad comparing Airblade technology to hand-dryers, “instead of the old evaporation system which blows all sorts of bacteria at you, we came up with two blades of purified air which literally wipe off the water. It’s a really satisfying solution to something that’s always annoyed me.”

Having used one, I do agree that it really is a pretty cool way to dry hands and it works pretty well. However, Dyson’s brand may be facing a critical inflection point right now, and it will be interesting to watch how things play out from the perspective of their archetype.

A recent study — yes just one study, though a very compelling one from microbiologists Patrick Kimmitt and Keith Redway of University of Westminster— compares the “viral explosions” from paper towels, standard warm air hand-dryers, and the Dyson Airblade in the job of bathroom hand-drying. Following what appears to be very sound methodology, the authors discovered that the Airblade not only spreads more viral material — 60 times more than standard hand-dryers, 1300 times more than paper towels — but also that 70% of the viruses were launched at the height of a small child’s face.

Again, it’s just one study, but that’s some potentially damaging data. Unfortunately, the initial response from Dyson has been to accuse the authors of scare-mongering. In the ad, James Dyson himself points out that the old technology blows “all sorts of bacteria at you” and our new Airblade uses “purified air” and implies that this new way is a much better, cleaner and safer solution. This recent study certainly calls those claims into question, and Dyson’s idealistic Innovator brand is under threat. When you’ve promised cleaner air, better health and just plain better solutions, how can you continue to promote a product that seemingly, new evidence in hand, runs counter to those virtues?

The Dyson story is much smaller than the VW one and there’s certainly nothing in the report to suggest that Dyson willfully designed a product that potentially harms people. In fact, Dyson produced a number of studies to show that their technology has been proven to be safe in not adding germs to already cleaned hands (one of the fears of using public restrooms). However, the new study starts from a different question and works on the assumption that we don’t always do the best job washing our hands (how many of us really do a thorough job all the time).

In light of this new study, Dyson would be wise to face the issue head on, using their high intellect and curiosity to discover the truth. And as an Innovator with a strong idealistic bent, they should be willing to pull the product if it is ultimately doing more potential damage than good.

So how can we in life science marketing use this information to build our own brand-stories? To start, there’s proof here that a strong, well-chosen, well-implemented archetype can be the basis for true differentiation. With a careful use of archetypes, you can build a differentiated position, the kind of position that allowed VW and Dyson to stand out from their competitors.

Second, an archetype should be a part of your overall strategy, therefore, once chosen, it is imperative to do training. You wouldn’t deploy a battle strategy without first training your troops. Training involves both an initial “indoctrination” phase as well as ongoing practice and reviews — to make sure there is understanding and alignment within the organization. It is clear VW’s training was either non-existent or inadequate.

Lastly, the true power of the archetype is in the alignment that comes through this training and practice. For example, in implementing archetypes with life science companies we teach them to ask a simple question, “What would the [our archetype] do?”

Had employees at VW asked “what would the VW Child do?” before deciding to implement the emissions testing trickery, the outcome might be much different. Particularly had their training included the idea of an archetype’s shadow. In that case, we might imagine that one answer to always consider when asking the what-would-VW-Child-do question is, “should we check with a parent?” Had they considered their shadow, this creative, misguided solution might have been dismissed as a fun, childish exploration — and ultimately dismissed. Unfortunately, VW gave into the Dark Side, the shadow of their archetype, and now they are facing a very shaky future.