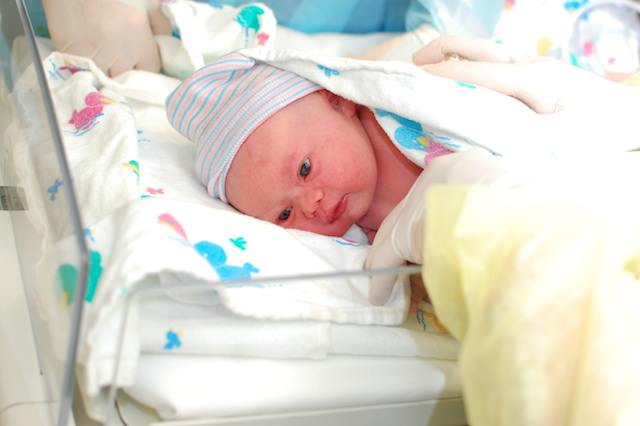 5 Physical Characteristics Of Children Born With Down Syndrome

Looking at your precious new addition you may or may not notice anything out of the ordinary about their appearance.  Your pediatrician however likely knew instantly when they saw your baby that something was different. They have been trained to pick up on these sometimes subtle differences.

The features listed below when present alone do not indicate Down syndrome, but when found together suggest this diagnosis. There are several other Down syndrome markers at birth, but the ones I’ve listed are some of the easier ones for new parents to pick up on their own.

I am including the pictures that I used to diagnose Noah. There were two pictures specifically that I saw in the delivery room and recovery that I am fairly certain convinced me that Noah was born with Down syndrome prior to holding him in my arms. In Rick’s version of Noah’s birth story he is unaware of my concern as I kept this to myself until my pediatrician came to confirm my fears. The outer corner of the eye will be turned up rather than down.  This is sometimes referred to as almond shaped eyes.  The shape is also very similar to that of someone of Asian descent.   This will likely be the most predominant physical feature of Down syndrome as your child grows up.

We love these eyes as you can tell by the top of our blog, and it’s actually the best picture to see how the outer corners are pointing up rather than down. Look at your own eyes in the mirror to see how the fissure typically points down. Another beautiful addition to the eyes are Brushfield spots which are the white flecks that can be seen close to the periphery of the iris (the colored part) of the eye, and are often described as stars. Up slanted palpebral fissures are one of the most obvious down syndrome markers at birth. (Noah’s are pretty obvious as you can see in his pictures.)

Looking at your baby from the side there will not be much curve from the nose, cheeks or mouth. There is also not much shape to the cheeks when looking at the baby from the front; the cheeks seem to hang on the face.  This is due to the poor tone in the muscles of the face and is actually a characteristic of hypotonia rather than a true Down syndrome marker.  You can see below that there is not much definition to Noah’s face and his cheeks are just kind of hanging there.  He frequently has his mouth hanging open as well with his tongue sticking out, which brings us to the next feature. New parents of children born with Down syndrome often ask “Why does my baby stick his / her tongue out?” The child is frequently sticking out his/her tongue either because of a small mouth, large tongue, or simply poor tone.  There are some good debates on what causes this which I am not going to get into.  I got extremely worried when my entire family couldn’t stop talking about how Noah kept sticking his tongue out and how cute it was. Rick likes to repeat my comment (which I said in my head) of

There will likely be many speech therapy appointments to help your child with Down syndrome keep their tongue in as well as work on speech development. People will tell you the single palmar crease or simian crease is the hallmark physical characteristic of a child born with Down syndrome. It’s a single crease across the palm of the hand.

Despite the theory that this is so common, only 45% of children have a simian crease. The absence of this physical characteristic doesn’t mean that your child does not have Down syndrome, but people (including yourself) will try to convince you otherwise while you await testing. Noah is part of the 55% who does not have a simian crease.  This is again a result of hypotonia as the hand was not held in a tight fist while he/she was growing in the womb.

Spread Eagle!! (also notice the footprints with the wide space between the big and second toe)

You may have noticed a theme above that several of the features are from hypotonia and not actually a distinct physical marker of Down syndrome.  Hypotonia will be the biggest challenge the first few years and will be the reason for your frequent therapy sessions.

You have to feel hypotonia; it is hard to diagnosis from pictures.  The minute I held Noah in my arms I knew that he had hypotonia.

Your baby will feel floppy or limp. When you hold him or her, it feels like they are going to slip through your hands or arms.  If you lay them across your hand, they will look like a wet noodle rather than being able to hold their form.

This will affect every muscle from face to ankles.  Tummy time is your new best friend and child’s worst enemy as it will help your baby build head control and be the first building block for their development.

You will also notice that when they are laying down their arms and legs fall out to the sides. See the picture on the left for an excellent example.  I added a bonus feature in the picture with the footprint showing the wide space between the first (big) and second toe often referred to as sandal gap toes.

Hypotonia even has its upside as your child will be a total cuddle bug and melt into your body.   It is honestly the best feeling ever to have your little one snuggled against you.  Rick and I fight over who gets to cuddle with Noah, so be ready to battle.

Cutest Baby On the Block

Despite these features, I am fairly certain the majority of people are going to find your child to be the cutest baby they have ever seen.  In fact, the majority of the population will have no idea your baby even has these physical features or even Down syndrome for that matter. In fact, I keep waiting for someone to ask if Noah has Down syndrome while I’m out and about, but no one has been brave enough to ask…yet.