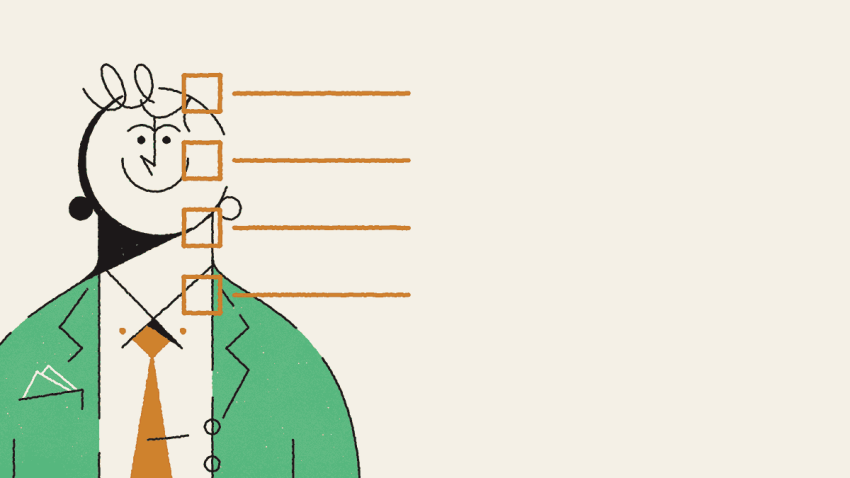 Before Lakshmi Balachandra entered academia, she spent a few years working for two venture capital firms, where she routinely witnessed a phenomenon that mystified her. The VCs would receive a business plan from an entrepreneur, read it, and get excited. They’d do some research on the industry, and their enthusiasm would grow. So they’d invite the company founder in for a formal pitch meeting—and by the end of it they’d have absolutely no interest in making an investment. Why did a proposal that looked so promising on paper become a nonstarter when the person behind the plan actually pitched it? “That’s what led me to pursue a PhD,” says Balachandra, now an assistant professor at Babson College. “I wanted to break down and study the interaction between the VC and the entrepreneur.”

Even before she began her research, Balachandra had some hunches. Most entrepreneurs believe that the investment decision will hinge primarily on the substance of their pitch—the information and logic, usually laid out in a PowerPoint deck. But in fact most VCs review pitch decks beforehand; the in-person encounter is more about asking questions, gaining clarity, and sizing up personalities. To better understand those dynamics, Balachandra spent almost 10 years capturing what happens in pitch meetings and quantifying the results. Some patterns were obvious from the start. For instance, entrepreneurs who laugh during their pitches have more success, as do people who name-check friends they have in common with the VCs. But after drilling down, she drew four broad conclusions:

Working with video recordings of 185 one-minute pitches during an MIT Entrepreneurship Competition (with real VCs as judges), Balachandra had coders turn off the sound and use only the visuals to assess how energetic and how positive or negative each founder appeared. (The coders controlled for presenters’ gender and attractiveness along with the size of the market the start-ups were addressing.) Among both VCs and entrepreneurs, conventional wisdom holds that “passion” is a positive attribute, connoting high energy, persistence, and commitment. “There’s this mythology that they want to see that you’re dying to do this business and work hard,” Balachandra says. But when the coders looked at their assessments in light of which start-ups were chosen as finalists in the competition, they found that the opposite was true: The judges preferred a calm demeanor. Follow-up studies showed that people equate calmness with leadership strength. So temper the enthusiasm and project stone-cold preparedness instead.

In a second study, Balachandra worked with a California-based network of angel investors who gather monthly to hear 20-minute pitches from start-ups. Immediately after each pitch, the investors filled out detailed surveys about their reactions and indicated whether they wanted to send the company through to due diligence (the next step before investing). The results showed that interest in a start-up was driven less by judgments that the founder was competent than by perceptions about character and trustworthiness. Balachandra says that this makes sense: A CEO who lacks a skill-based competency, such as a financial or technical background, can overcome that through training or by hiring the right complementary talent, but character is less malleable. And because angel investors often work closely for several years with entrepreneurs on highly risky ventures, they seek evidence that their new partners will behave in honest, straightforward ways that don’t heighten the risks. In fact, the research showed that entrepreneurs who projected trustworthiness increased their odds of being funded by 10%.

Particularly among angel investors, who get involved earlier than traditional VCs do, decisions aren’t driven only by potential returns; they are driven by ego as well. Most angel investors are experienced entrepreneurs who want to be hands-on mentors, so they prefer investments where they can add value. For that to happen, a founder must be receptive to feedback and have the potential to be a good protégé.

Balachandra reached this conclusion by conducting surveys and evaluating video sessions with the same California investors’ network. Coders examined the videos for behaviors, such as nodding and smiling in response to questions, indicating that founders were open to ideas. When analysis and survey results indicated that they were, and when the investor was experienced in the relevant industry—giving him or her knowledge that could add value—the company was more likely to move on to due diligence.

In Balachandra’s first job in venture capital, she rarely encountered other women, whether among VCs or among entrepreneurs; in fact, she says, 94% of venture capitalists are male. (She then worked at an all-female firm that focused on funding start-ups headed by women.) In her research, she and her colleagues used videos from the MIT competition to test the perception that VCs are biased against female entrepreneurs. Coders noted whether the presenter was male or female and then measured whether he or she exhibited stereotypically masculine behaviors (such as forcefulness, dominance, aggressiveness, and assertiveness) or stereotypically female ones (warmth, sensitivity, expressiveness, and emotionality). The analysis revealed that although gender alone didn’t influence success, people with a high degree of stereotypically female behavior were less likely than others to succeed at pitching. “The study shows that VCs are biased against femininity,” Balachandra says. “They don’t want to see particular behaviors, so if you’re overly emotional or expressive, you should consider practicing to avoid those things.”

The most important takeaway for entrepreneurs is this: You should approach the pitching process less as a formal presentation and more as an improvisational conversation in which attitude and mindset matter more than business fundamentals. Listen hard to the questions you’re asked, and be thoughtful in your responses. If you don’t know something, offer to find out—or ask the investor what he or she thinks. Don’t react defensively to critical questions. And instead of obsessing over the specifics of your pitch deck, Balachandra advises, “think about being calm, cool, and open to feedback.”